Sky is the limit for solar powered T&R 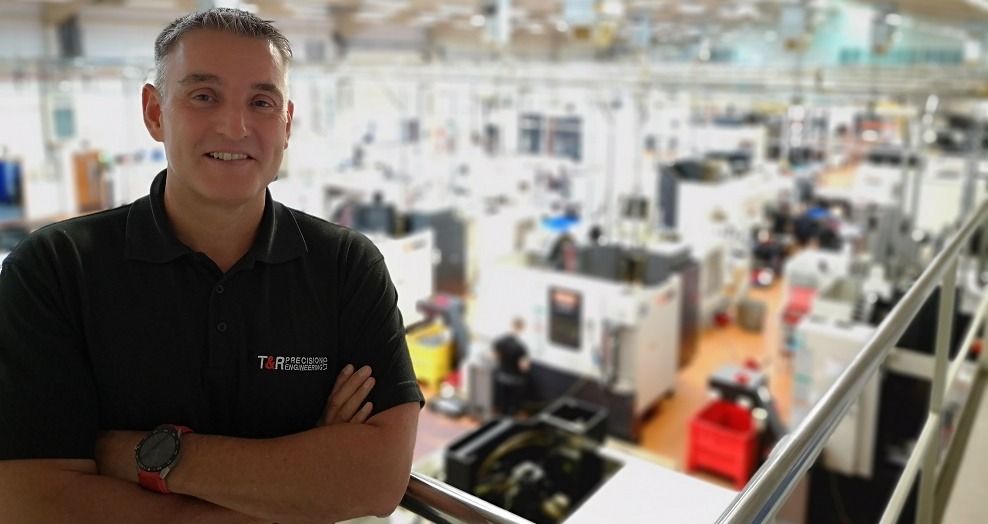 A leading aerospace supplier has reduced its carbon footprint and saved thousands of pounds, with support from the University of Central Lancashire (UCLan).

After securing a £15,000 grant from UCLan’s ERDF funded Making Carbon Work (MaCaW) programme towards installing solar panels on its new factory, T&R Precision Engineering in Pendle has reduced its reliance on external electricity, offsetting 22.51 tonnes of carbon emissions per year.

In total, by implementing recommendations from MaCaW, the company has reduced its carbon footprint by 60 tonnes a year, reducing its annual electricity bill by almost £20,000.

Finding a greener way to continue to supply the aerospace industry was paramount. The aviation sector and its supply chain are under more pressure than ever before to reduce the emissions that are created in the lifecycle of an aeroplane.

T&R Precision Engineering supplies CNC engineering tools to the industry to fit out aircraft such as Boeing and Airbus. Employing over 60 members of staff and turning over £5.25m from its factories in Foulridge, the company was keen to ensure that any growth in the company’s production and size was met by a commitment to reduce carbon emissions as much as possible.

As T&R Precision Engineering grew to a new site, Tim wanted to use the move to boost his company’s green credentials and reduce the company’s high energy bills from running the 30 heavy duty manufacturing machines. He requested a free energy consultation from MaCaW and within days the team’s energy experts Peter Burn and Mark Nelson had completed a thorough analysis of how the firm’s carbon footprint could be cut.

Tim says: “The guys from MaCaW carried out a whole infrastructure review, assessing every element of the building and where we might be able to reduce its impact. From simple changes such as changing lights to LEDs, through to installing sensors for the lighting, we were able to map out together areas where we could save carbon emissions and money.”

In addition to helping Tim to implement the findings from the review, MaCaW was also able to offer a grant to part fund the installation of large solar panels on the roof of the new factory. The solar panels and photovoltaic system would be able to cover the 6,000 square foot facility, generating 50,000 kWh of electricity every year, enough to power the site for most of the year.

With a £15,000 grant towards the £30,000 total cost, the capital outlay for T&R Engineering was more manageable in the short term, with the system paying for itself in half the time.

Tim adds: “We always had it in our minds that we wanted to reduce our carbon footprint but securing the grant from MaCaW allowed us to focus our minds and make the initial outlay easier to justify. As a result, the scheme will now pay for itself in energy bill savings within two years, meaning that from 2023 we can invest that money in our company and our staff.

“Our next step is to install battery technology which means that we can store the energy throughout the day and use it when it is needed or at heavier periods of the year.

“For companies in the aerospace industry, it is vitally important that we all play our part in reducing the carbon footprint created by the sector. Not only does it reduce our bills, but it hugely boosts our green credentials, which means that we can be a greener alternative when bidding for jobs or competing for tenders.”

Mark Nelson added: “The expertise within the MaCaW team has helped Tim and the team at T&R Precision Engineering to grow as a company while also vastly reducing their carbon output.

“In addition to installing the solar panels on the roof of the new factory, other recommendations to make the company greener will save them tens of thousands of pounds every year, while highlighting them as an environmentally friendly supplier when competing for work.”

MaCaW is a University of Central Lancashire (UCLan) project, an industry and academic collaboration funded by the European Regional Development Fund (ERDF) alongside UCLan, and supported by Boost; Lancashire’s business growth hub. 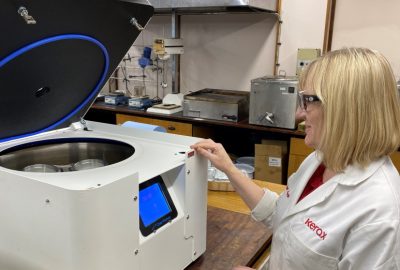 Chorley-based manufacturer Kerax Ltd has landed a £5 million distribution deal in Australia and increased its research and development capability after receiving a Manufacturing Growth Fund grant.